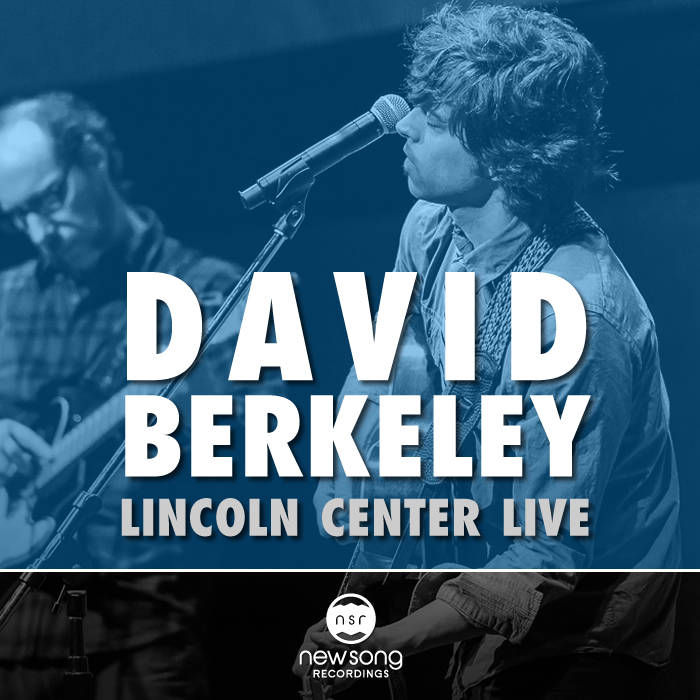 As any artist will tell you...

New York’s Lincoln Center is a prestigious place to play, one that also demands the best an artist can bring. Like any world-class venue, its stage inspires the kind of incandescent performance that may only happen once in a lifetime, providing that artist with the rare opportunity to achieve the apex of his or her career.

It’s appropriate then that David Berkeley was given the rarified honor of performing at Lincoln Center’s David Rubenstein Atrium as 2012 came to a close. Those familiar with any of Berkeley’s six albums to date -- or for that matter, his remarkable memoir about his year spent in Corsica, 140 Goats and a Guitar -- already know about his exceptional skills as a singer and songwriter. After all, Berkeley is the kind of artist who has no trouble making a connection even on first encounter. Indeed, his songs ring with an emotional clarity and inner purpose that’s both resilient and resolute. There’s no phoney sentiment affixed to his work; it’s clear instead that Berkeley not only breathes the emotions he imparts, but has no qualms about expressing them either. They’re raw, real and emphatic, and they’re affecting in the most precise sort of way.

Nevertheless, it’s one thing to exorcise that ability in the impersonal expanse of a recording studio, where they need only be shared with a producer, engineer and a sound booth. It’s quite another to transmit them to an audience that’s a scant few feet away, and watching and listening intently to every little nuance. Happily, Berkeley rose to the challenge and delivered a performance that was not only worthy of the venue, but, more importantly, one of the crowning moments of his trajectory thus far. Blending the innate poignancy of his music with the self-effacing humor that illuminates his between-song commentary, Berkeley managed to touch and tickle his audience all at the same time.

Given the elevated stakes and this special setting, Berkeley also opted to recruit his guitarist Bill Titus to accompany him for this concert. Titus’ facile fretwork engulfed the music with an atmospheric sheen that not only enhanced the inherent emotions that fill such songs as “Fire In My Head,” “Marie” and “Homesick,” but also added a new dimension and power to selections that are already known to be so affecting, specifically, “Parachute” and “High Heels and All.”

It’s notable too that this concert was performed shortly after the double tragedies of Super Storm Sandy and the unspeakable horror that played out in Newtown, Connecticut. Those circumstances cast the concert in a unique, unmistakable aura, instilling Berkeley’s insightful lyrics and poignant melodies with newfound resolve, resilience and optimism.

Fortunately, several of the songs performed that night can now be shared with those who weren’t able to be there, thanks to the efforts of musician and producer Gar Ragland. The director and co-founder of NewSong Music, an organisation that nurtures and develops performers and songwriters of all skill sets and levels of accomplishment, Ragland immediately recognised Berkeley’s immense ability and selected him to take part in the NewSong Emerging Artist Series which Ragland also curates. In noting the worth of the material, Ragland chose to release this live recording on the NewSong Recordings label in order to forever capture the special ambiance reflected throughout that magical night.
(As he has in the past, Berkeley plans to donate a portion of the EP sales to the Robinhood Foundation, a not for profit organisation that focuses on finding, funding and creating programs and schools for families in New York City’s poorest neighborhoods. Over its 25 year history, Robin Hood has distributed more than $1.25 billion to hundreds of New York City-based soup kitchens, homeless shelters, schools, job training programs, and other vital services for New York's neediest citizens.)

So listen. Enjoy. Experience an artist at the peak of his prowess, giving a performance that does himself, his audience and these special environs justice. These are rare moments indeed.

Produced and Mixed by Gar Ragland
Engineered by Andrew Jaworski

For booking and inquiries:
Amanda Case of AIC Entertainment
aic@aicentertainment.com