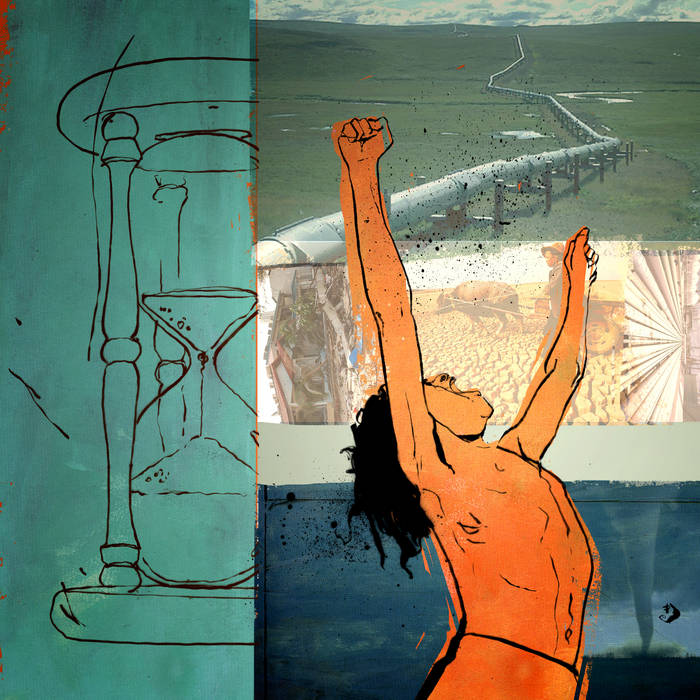 Raising Their Voices – From Fall 2011 into Winter 2012, four critically acclaimed ASCAP songwriter/artists donated songs to the Tar Sands Action for videos supporting this pivotal environmental cause. These songs are now the MAKE A NOISE EP released by NewSong Recordings (member 1% for the Planet) on June 6th 2012 at the Sustainable Brands Conference in San Diego.

We spoke to Tar Sands Action/350.org videographer and the nine ASCAP song donors to see what their inspiration was and how they felt about bringing voice to the movement.

Steve Liptay, Videoprapher, Tar Sands Action: The grassroots effort to stop Keystone XL, a 1,700-mile tar sands pipeline that would transport one of the planet’s dirtiest fossil fuels from Alberta, Canada to refineries on the Texas coast, has united and ignited the environmental movement. The Tar Sands Action campaign, now part of 350 .org, started when a broad coalition of organizations and environmental leaders came together in August 2011 to lead an historic civil disobedience action at the White House in which over 1,200 people were arrested.

In the months following, as activists across the United States and Canada continued to voice opposition to the pipeline, Keystone became a major political issue for the Obama administration. As public awareness grew so did the campaign to stop the pipeline and after 10,000 people converged to circle the White House on November 6, President Obama decided to delay his decision to approve or reject the project until 2013. By January 2012, however, the administration had officially rejected the permit to build Keystone XL. None-the-less, the Keystone "Zombie Pipeline" continues to rear its ugly face and the fight to stop it is very much alive. Stay tuned at 350.org for new developments.

The songs donated by ASCAP members Katie Herzig, Chris Velan, Todd Henkin and Arthur Alligood allow us to cross-pollinate their powerful music with powerful images in videos that spread the word about Keystone. With so many big battles to come we hope these artists and others continue to share their music with the movement and help us activate and inspire the grassroots on our path to solving the climate crisis. Katie, Chris, Todd and Arthur, thank you so, so much!

KS Rhoads: This song came from a place of frustration and anger about my feelings of powerlessness in society. It amazes me that even in our modern world there is more or less a ruling class that makes and breaks the rules as it so chooses. And in all these invisible ways we get stuck serving that class. The title line is based on the opening line in Rousseau's "The Social Contract" where he says "Man is born free, and everywhere he is in chains."

"SONG FOR THE ROAD"

David Berkeley: I write a lot about the weather. I like when a song can reveal a landscape and trigger more senses than just sound. Lately the weather has been pretty scary. I live in New Mexico, and water is on my brain every day. I grew up in New Jersey where Sandy's impact is still visible. I got married in Vermont right along the path of the flooding from Irene. I've been blown away (perhaps poor word choice) by some of the recent weather events, be they tornadoes or floods or fires. Whether or not one believes that humans have had a cause in their increased severity and frequency, we can, I think, at least agree that our behavior has made the consequences of severe weather more drastic and damaging.

Hopefully we can change our behavior and reverse some bad trends. If not, then maybe we should feel small and humble on the face of a vast planet, under an enormous and sometimes threatening sky. And if that's the case, we're left to hold on to each other, taking the best care we can of those we love. That’s what "Song for the Road" is about. It’s meant to roll in like a storm. It threatens to wash us away. But in the end, the storm rolls out again, and we're still standing. It’s done some damage, no doubt. But it hasn't destroyed what matters most.

Tom Burris: It is so heartening to see the evidence of a vast community of people across all walks of life who understand the challenges we are facing and who share a sense of the rational path forward. I wrote this song about that moment when, out of overwhelming need, like-mindedness, and the hard work of a (relatively) few, a community rises up, forms like Voltron, and changes things for good.

Jim Infantino: I write songs that I think stand a chance of jarring people just enough to get a fresh look at the world around them. Sometimes I try to do this with humor, sometimes, just by telling the plainest truth I know how to tell. I wrote Desperate Times after hanging around a folk festival all weekend realizing I hadn't heard a single song about ordinary folks. Songs have the power to open our hearts and open our minds, or they have the power to distract and insulate us. Having heard so many of the latter and too few of the former, I fell into a songwriter's despair, and wrote it all down. Now it seems the issue is bigger. We have the power of distraction not only from our music, which we can plug into non-stop, but also from our socio-networks and 'smart' phones. I'm no hermit, I do it too. But while we lose ourselves in our media slumberland, our one true home is becoming uninhabitable. It's time we rouse ourselves from our cocoons for at least some of the day, in order to try to change the direction our ship is sailing.

Sandra McCracken: 'Dynamite' explores the themes of desire at the most basic human level. When you run after something, when you really want something, that can be a good and noble thing, or it can be self-centered. And at some point, your desire is going to intersect with somebody else’s, and that’s where relationships come into play. It's about exploring the human story by way of that theme, interwoven with our response to the earth and conservation. I’ve tried to put an appropriate lament in this song, but also a very real, palpable experience of hope.

Katie Herzig: I worry a lot about the state of the environment. About the ways we abuse this planet, and essentially ourselves. Sometimes I feel like I spend more time worrying though than doing something about it. I think a lot of us feel that way. I wrote this song encouraging me/us to look around us and speak out about what we see. I truly believe we all want the best for ourselves, and each other. But it really takes guts to speak out for these things we believe in, to feel the power of our own voices. I'm happy that this song would be a part of something proactive and really important.

Arthur Alligood: My song "Darkness to Light" showed up one morning this past fall. Many times for me songs come out of nowhere, and at first seem to have little to do with my own life experience. It's usually after living with the song for a while that I begin to see my own story there. Being a father of three young daughters, I think a lot about the state of the world and what things will be like when they're my age. "Darkness to Light" is a song of hope, the hope that the wrongs will one day be made right. I think each one of us has a role to play in such a restoration. Love for all creation has to be our starting place.

"NOT OURS TO LOSE"

Chris Velan: As a Canadian artist, I've found myself increasingly unable to recognize myself in the country we've become under our current government, which, in its zeal to develop the tar sands, has willfully squandered Canada's reputation as an environmental leader. So, when the Tar Sands Action sprang up as a grassroots movement in the U.S., I felt a strong need to contribute - especially since it's my country that's causing the damage. I wrote "Not Ours to Lose" with a wishful hope that we might yet wake up from this feverish dream of carbon dependency before it's too late. A song is just a song but I hope it can help in some small way.

"WHAT WILL POWER IT ALL"

Todd Henkin, The Great Unknown: Our song came to life in a classroom full of dancing, vibrant, poetic teenagers. We sang of a belief in human ability that these students rightly feel is limitless. 'Last night I had a dream of new inventions, agree to disagree, what will power it all?' Humanity has never been so inventive and self-destructive. Do we deserve to strive for beauty? What will power it all? A willingness to use our creativity for good and to speak out against what's wrong. Growth and positivity is worth the strain of a raised voice, in song and in protest.